Product successfully added to your shopping cart
Quantity
Total
There are 0 items in your cart. There is 1 item in your cart.
Total products
Total shipping  To be determined
Tax $0.00
Total
Continue shopping Proceed to checkout
Home / All Blog News>Kelaghayi - brief information about women`s headgear of Azerbaijani women 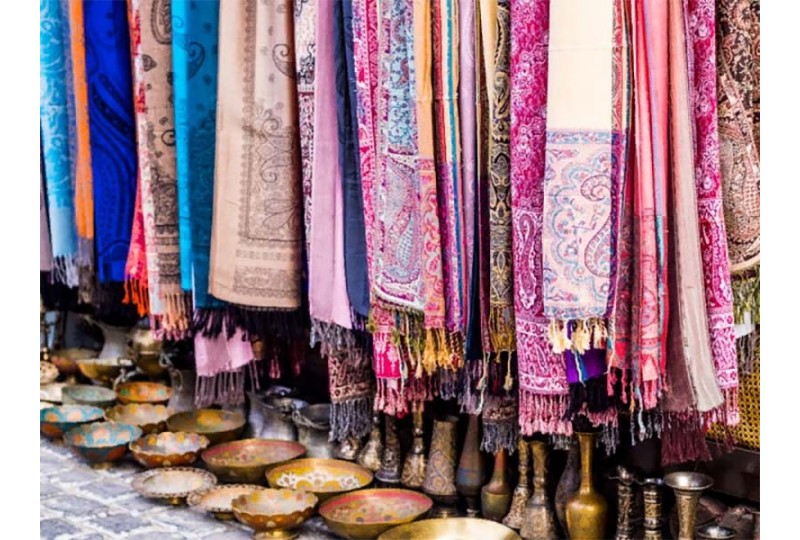 A kalaghhayi is one of the spread types of headdress. Kalaghayi, is a square-shaped silk scarf with special prints on it that is considered a national dress, protecting from the hot sun and cold wind.
The production of Kelaghayis are very popular from ancient times in Azerbaijan. Kelaghayis mainly produced in Ganja, Shamakhi, Shaki, Baskal and Tabriz cities of Azerbaijan. There are information that they even exported to foreign countries in the middle ages. Kelaghayi is presents the national symbols of historical land of fire. They are different with size and colors. Usually elderly women wearing dark color Kelaghayi, but young ladies prefer white and bright color of it. Kelaghayi also spread out in Near Est and Caucasus nation countries.

Due to archeological excavations in Azerbaijan Republic there are found needles with bronze material which is from III millennium BC and it shows that sewing was an activity from those times. Even on those investigations there are found Kelaghayi which made from silk material and it is main proof that Kelaghayi belongs to Azerbaijani nation.
The first exhibiton about Kelaghayi was held in Azerbaijan in 2005. After that in Turkey, Georgia, Hungary, Austria, Italy, USA, Malaysia the exhibition was held. In November 2014 at the 9th session of UNESCO's traditional art and symbolism of Kelaghayi, its production and the wearing were included in the list of intangible cultural heritage UNESCO.
Kelaghayis still producing in Azerbaijan in some places. Because there is still demand on it in our country and abroad as an women`s main accessory. This art still producing mainly in Baskal settlement and in Sheki city. Azerbaijanguide.az are operating tours to these destinations.

For getting more information please see below link:

Enjoy the combination of nature and history in Sheki city