Product successfully added to your shopping cart
Quantity
Total
There are 0 items in your cart. There is 1 item in your cart.
Total products
Total shipping  To be determined
Tax $0.00
Total
Continue shopping Proceed to checkout
Home / All Blog News>Where to go in Ganja (Gəncə) city of Azerbaijan

Where to go in Ganja (Gəncə) city of Azerbaijan 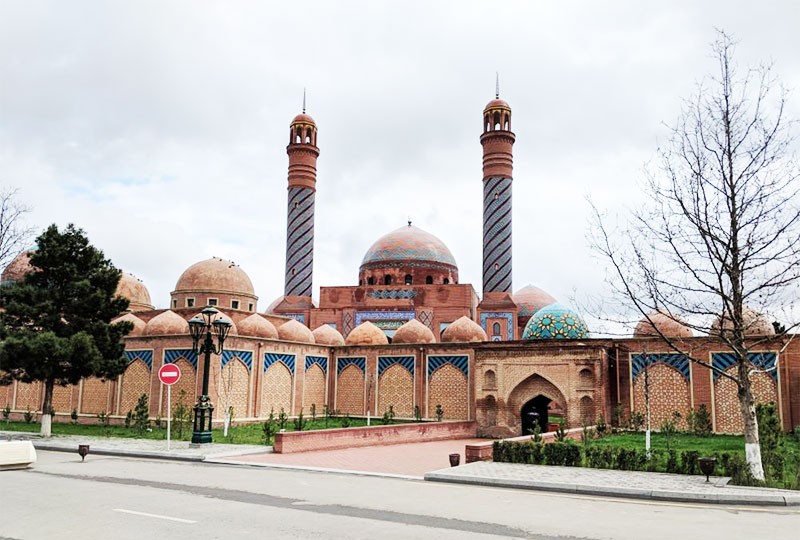 Ganja, located at the north-eastern foot of the Lesser Caucasus Mountains. Ganja has been significant to the political-economic and cultural life of the country since the earliest of times. Medieval Ganja was known as an important center of craft and trade throughout the Near and Middle East.

Ganja locates 353 km far from Baku. You can reach to Ganja by direct flight, by bus, by train or by private car transfer service from Azerbaijanguide.az.

As you reach to Ganja the famous Ganja gates will welcome you at the entrance of the city. Ganja Gates has historical importance in the history of Ganja. However, a devastating earthquake almost entirely destroyed Ganja in 1139. The new gates of Ganja were build to keep alive the history of ancient Gates. At the Ethnographic Museum, you can get information about the lifestyle of a typical citizen of Ganja.

As we pass through Ganja Gates the symbol of Ganja Nizami Mauseloum will meet us on the right side. Nizami Mauseloum built in honor of the 12th-century Azerbaijani poet Nizami Ganjavi. Originally the Mausoleum built in 1947 and restored in the 1991 year. Nizami is considered the greatest romantic epic poet in Azerbaijani literature.

Ganja admiring its guests by its beautiful and green streets, its fresh air, welcoming people and historical sightseeings. Azerbaijan keeps the second place with

Imamzade Mausoleum has its adorable architecture. In Azerbaijan, there are several mauseloums which belongs to the family members of Muhammad Prophet. The Mausoleum also is known as the Blue Mosque. One of the main landmarks of the city survived from time immemorial is the mausoleum of Sheikh Ibragim erected on the burial ground of the son of Imam Mohammed Bagir who died in the 6th century.

Khan`s Garden or Sardar Garden is one of the most beautiful and green gardens of Azerbaijan. The garden was built in 1847 on the initiative of Knyaz Mikhail Vorontsov.

Shah Abbas or Juma Mosque - was built by the order of Shah Abbas in 1606. The architect of the mosque was one of the famous architects of most of the buildings in Ganja - Sheikh Bahauddin Muhammad Amil.

Bottle House - One of the remarkable buildings in the center of Ganja. It was built in 1960-1964 using 50,000 bottles. This property, which Ganja residents call a "bottle house", is also at the list of historical artifacts of Ganja.

Goygol Lake is located about 50 km far from to Ganja and it is iconic to the Ganja region.

Maralgol Lake - locates at the upstage to Goygol. It needs about 300 stairs to go up to see another Magnificient lake in the middle of the mountains.

Helenendorf - German immigration to Azerbaijan. On May 10, 1817, the Russian Emperor Alexander I signed a petition of 700 Swabian families for resettlement in Transcaucasia. Swabia is a cultural region in southwestern Germany. The settlers arrived in Transcaucasus in August. Six settlements in Georgia and two (Annenfeld and Elenendorf) in Azerbaijan were founded in the Transcaucasus. In 1843, the population of Helenendorf was 609 people.

If you arrived in Goygol the streets which lived Germans are must walk and see.