Product successfully added to your shopping cart
Quantity
Total
There are 0 items in your cart. There is 1 item in your cart.
Total products
Total shipping  To be determined
Tax $0.00
Total
Continue shopping Proceed to checkout
Home / Enjoy the combination of nature and history in Sheki city
Reduced price! 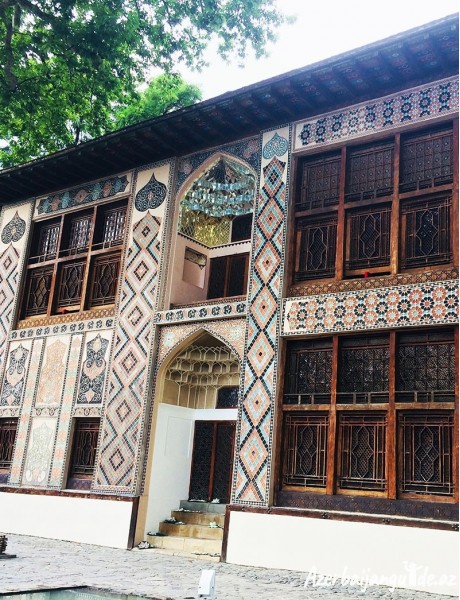 Enjoy the combination of nature and history in Sheki city

Sheki is a historical city in the center of Sheki district and region. It is located in the southern foothills of the Greater Caucasus, 77 km north of the railway station, 352 kilometers north-west of Baku.
The city of Sheki, the capital of the once very influential Sheki Kingdom. The population of the city according to 2008 was 65,045 people. The peaks of the snow peaks of the Greater Caucasus, located in the territory of the city of Sheki, in some places reach 3,000–3,600 meters.

Unfortunately, at the moment, the ancient history of Sheki has been little studied, until the exact period of the founding of the city has been scientifically determined. However, some information found in ancient sources, as well as the results of archaeological excavations in the vicinity of the city, make it possible to roughly determine the history of the city and call the time of its foundation the millennium BC. Therefore, the age of Sheki is 2500-2600 years old.

This is a one-day private tour and can be customized according to your needs.

The distance to Sheki city is about 4 hours.