Product successfully added to your shopping cart
Quantity
Total
There are 0 items in your cart. There is 1 item in your cart.
Total products
Total shipping  To be determined
Tax $0.00
Total
Continue shopping Proceed to checkout
Home / Private tour - Ateshgah Fire Temple and Fire Mountain (Yanardag) 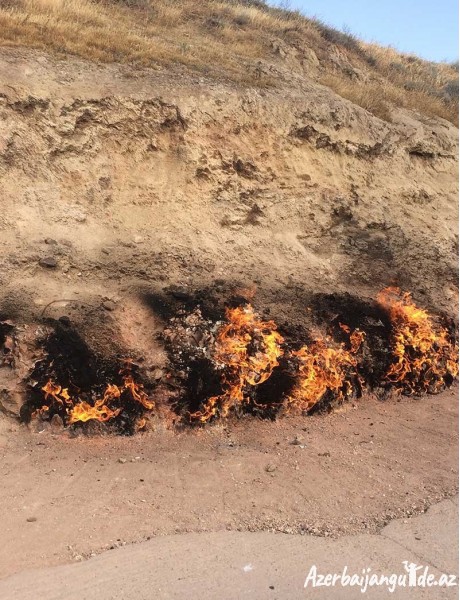 Azerbaijan calls as Land of Fire. Don`t miss these sights before leaving our contury. The unique Ateshgah Fire Temple - is one of Azerbaijan’s most remarkable sight. According to historical sources, before the construction of the Indian Temple Of Fire in Surakhani at the end of the 17th, the local people also worshiped at this site because of the “seven holes with burning flame”. Afterward, we will keep going to the mysterious Yanar Dag ( Burning Mountain). It is a natural gas fire which blazes continuously on a hillside on the Absheron Peninsula on the Caspian Sea near Baku. Yanar Dag is one of the most popular tourist places of Azerbaijan. The historical name of the country which is the land of fire comes from these holy centers of Baku.

We will pick up you from your accommodation with our comfortable transport. First we will go to Ateshgah Fire Temple. You will get information about Indian Temple of 17th century. The Baku Ateshgah was a pilgrimage and philosophical centre of Zoroastrians from Northwestern Indian Subcontinent, who were involved in trade with the Caspian area via the famous "Grand Trunk Road". After the museum you will be escorted to the Fire Mountain. It is a natural gas fire which blazes continuously on a hillside on the Absheron Peninsula on the Caspian Sea near Baku. At the end of tour you will be drop off to your accommodation. All entrance fees will be covered by your driver/guide. Tour will last about 3-4 hours. You will get free magnetic souvenirs 2 per each person.