Product successfully added to your shopping cart
Quantity
Total
There are 0 items in your cart. There is 1 item in your cart.
Total products
Total shipping  To be determined
Tax $0.00
Total
Continue shopping Proceed to checkout
Home / The Magnificent Baku Night Tour
Sale! 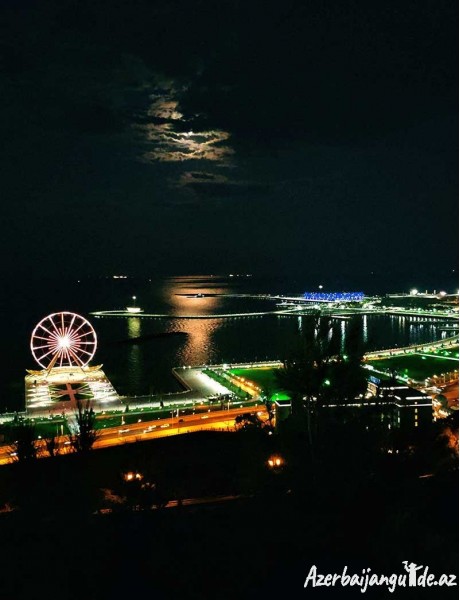 Baku it is mix of modernity and ancient. Nights of Baku are more magnificent. We will ride all over central Baku and will stop on some destinations to go deep to the history of Old City, Then we will go to the High Land Park to see the beauty from upper destination.

I will tell you the history of the city while watching to the Baku Boulevard from the upper destination and more interesting topics will be spoken.

Then we will go to Haydar Aliyev avenue where most modern buildings are located.

The ancient history of Baku will open to you in the Old City, where you will see the streets where the episodes of the film "The Diamond Hand" were shot, see the 12th-century fortress walls, the beautiful ancient Shirvanshahs Palace, baths and caravanserais. You will learn about the epoch of New Baku and the famous oil boom, considering the architectural constructions of the late 19th and early 20th centuries, built with the money of Azerbaijani oil magnates. And the Nagorny Park will give you panoramic views of the city from a beautiful viewing platform - from this perspective, especially successful shots are obtained.

Modern buildings on Heydar Aliyev Avenue On this street you will see a lot of modern buildings with beautiful backlighting. I will tell you about the first European games in Baku for which the Gymnasium arena, the largest Olympic stadium in the Caucasus, the Olympic village and other objects were built on the avenue. In addition, here you will meet one of the tallest buildings in Azerbaijan - the building of an oil company.

I'll pick you up from the hotel in and at the end of the tour I'll drive you back. The tour will start at 7 pm. You will get 1 piece of fridge magnet as a gift per each person. Azerbaijan is safe country, so it is very relaxable to walk in Baku at nights.