Product successfully added to your shopping cart
Quantity
Total
There are 0 items in your cart. There is 1 item in your cart.
Total products
Total shipping  To be determined
Tax $0.00
Total
Continue shopping Proceed to checkout
Home / Nakhchivan city - Private 2 days tour
Reduced price! 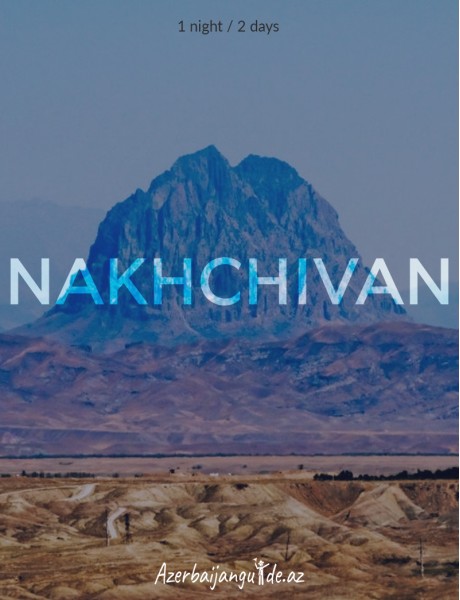 Nakhchivan is one of the oldest cities in Azerbaijan. The first information about the city is given by the historian Josephus Flavius (e. G. I century BC) and the Greek geographer Claudius Ptolemy in his book "Geography".
Nakhchivan is located in the south-eastern part of the Caucasus.

-Flight from Baku to Nakhchivan in the morning

-Check in at 5 star Tabriz Hotel

-Have a traditional breakfast

-Transfer to the Airport

-Return airport transfer both in Baku and in Nakhchivan